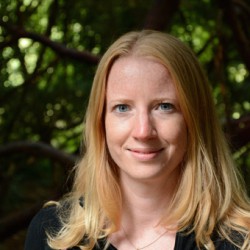 Helen obtained her PhD in Cell Biology at the Paterson Institute in Manchester, UK working on the structure and function of the nuclear pore complex. She gained postdoctoral experience working first on chromatin organization as a Marie Curie Fellow at the Netherlands Cancer Institute in Amsterdam, The Netherlands, followed by aberrant signaling pathways in cancer at the Whitehead Institute, MA. During her academic career she published as a first author in Cell, Nature Genetics and Journal of Cell Biology. Prior to setting up as an independent editor in 2004 and subsequently founding Life Science Editors, she was an editor at Developmental Cell for a year. More recently she was an editor at Science for five years, including handling papers at Science Translational Medicine. 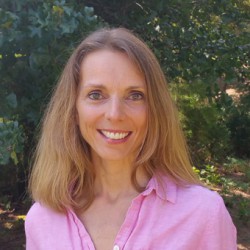 Angela obtained her PhD in Molecular Genetics at the University of Toronto, Canada, studying catalytic RNA and RNA folding. Her postdoctoral research focused on X chromosome inactivation at the University of California, San Francisco, CA. She has additional research experience studying signaling and epigenetics in the context of colon cancer and breast cancer metastasis at the Huntsman Cancer Institute, UT and the Oklahoma Medical Research Foundation, OK. Angela has contributed to numerous articles in a variety of fields, including first author publications in Molecular Cell, PNAS, and Nature Structural & Molecular Biology. Before founding Life Science Editors, she was an independent editor and an editor at Cell for four years.

Brandi obtained her PhD in Behavioral and Neural Sciences from Rutgers University (Newark, NJ) studying the motivational neural circuitry during maternal behavior in natural and drug-induced states. Her postdoctoral research assessed the molecular and cellular changes that occur following psychostimulant administration at the National Institute on Drug Abuse (Baltimore, MD). She was a group leader in neocortical microcircuitry and autism (EPFL – Brain Mind Institute, Lausanne, Switzerland) and studied human decision-making in neurological diseases (Baylor College of Medicine, TX). Brandi has three senior author publications and authored publications in various neuroscience journals, such as Nature Neuroscience, Frontiers in Human Neuroscience, Journal of Neurochemistry, European Journal of Neuroscience and Neuroscience. Brandi was an editor at Neuron and served in research administration at Houston Methodist-Cornell Weill Research Institute and University of Texas M.D. Anderson Cancer Center. She joined Life Science Editors in 2015. 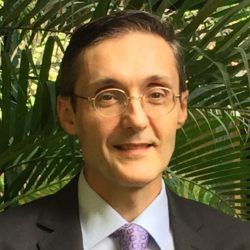 Guy obtained his PhD in Molecular Biology at the Medical Research Council’s Laboratory of Molecular Biology in Cambridge, UK, working on ecdysone and heat shock gene regulation. His post-doctoral research, at the Imperial Cancer Research Fund’s Developmental Biology Unit in Oxford, delved into pattern formation during Drosophila development. During his academic career, Guy contributed to papers in Genes & Development, MCB, and EMBO J. Guy was an editor at Nature, and launched and edited Nature Structural Biology (now Nature Structural and Molecular Biology). He then became an editor at PNAS, and finally a senior editor at Science for sixteen years. Guy handled papers in many areas of biology, including molecular biology, biochemistry, cell biology, structural biology, molecular evolution, etc., and has also written articles and reviews for the popular and scientific press. He joined Life Science Editors in 2017.

Katrina obtained her PhD in Molecular Biology at the Friedrich Miescher Institute for Biomedical Research in Basel, Switzerland, studying the role of the RNA interference (RNAi) machinery in fission yeast gene regulation. As a postdoc at the Institute of Molecular Biotechnology in Vienna, Austria, she continued studying nuclear RNAi mechanisms at a genome-wide level. Katrina has contributed to numerous articles, including first author publications in Nature Structural & Molecular Biology and Genes & Development. Making the switch to science publishing in 2015, she completed a locum position as an editor at Nature Structural & Molecular Biology, and then became a freelance scientific editor and writer. She joined Life Science Editors in 2018. 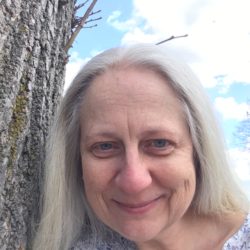 Kiki obtained her Ph.D. in Neurobiology at the Mount Sinai Medical Center (New York City) where she worked on Alzheimer’s disease-related cell biology. Her postdoctoral work investigated angiogenesis and adult neurogenesis in songbirds. Kiki has contributed to numerous articles published in Nature Medicine, Journal of Biological Chemistry, and other journals, with a first author publication in Journal of Neuroscience. She was an editor at Cell Stem Cell for nine years handling papers on all organ systems across the stem cell biology spectrum, before joining the Broad Institute as a program manager. She is now working as a science writer at RA Capital Management and joined Life Science Editors in 2019. 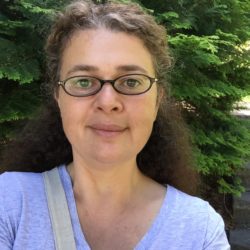 Milka obtained her Ph.D. in Chemistry from Brandeis University in Waltham, MA, USA. Her Ph.D. research was focused on biomolecular nuclear magnetic resonance (NMR) spectroscopy and developing new NMR methods to study metalloproteins, especially those involved in electron transfer chains such as ferredoxins. Her postdoctoral work in the Department of Molecular Biology at The Scripps Research Institute, La Jolla, CA, USA applied NMR spectroscopy and other biochemical and biophysical methods of protein characterization to address different aspects of tumor suppressor p53 biology by working on Mdm2, an E3 ligase that regulate p53 levels, and Hsp90, a molecular chaperone that stabilizes p53. After completing her postdoctoral work, she joined Cell Press and served as the Editor of Structure and Cell Chemical Biology (previously published as Chemistry & Biology) for a decade. Currently, she is the Program Director, Chemical Biology at the Dana-Farber Cancer Institute where she spends her time bringing strategy, cohesion, and mentoring to support approximately 120 researchers. She joined Life Science Editors as an Editor in 2019. 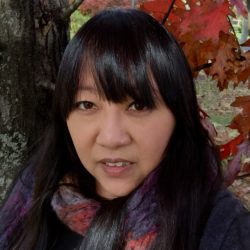 Cindy obtained her PhD in Molecular and Cellular Biology from Harvard University (Cambridge, MA), studying early axis formation in mouse embryos. Her postdoctoral research in the Department of Neurobiology at Harvard Medical School (Boston, MA) focused on auditory circuit assembly and function. She has contributed to articles published in Nature and Developmental Cell, and published first author papers in Journal of Neuroscience and Development. She was an editor at Cell for three years, and joined Life Science Editors in 2019. 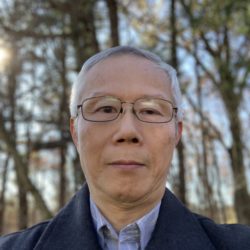 Li-Kuo obtained his PhD in Molecular Biology from the University of Pennsylvania studying the transcriptional regulation of the murine immunoglobulin heavy chain locus. He did his postdoctoral research first at the Cold Spring Harbor Laboratory studying the RB family tumor suppressors then at the Johns Hopkins University School of Medicine cloning and characterizing the APC tumor suppressor. Li-Kuo continued his research on cancer biology, focusing on translational research on tumor suppressors, as an Assistant Professor at The University of Texas M. D. Anderson Cancer Center. During his academic career, Li-Kuo contributed to papers published in Science, N. Engl. J. Med., Genes Dev., Am. J. Hum. Genet., EMBO J., J. Biol. Chem., and others. He then was Editor-in-Chief of Cancer Cell for over 16 years, until his retirement. Li-Kuo joined Life Science Editors in 2019. 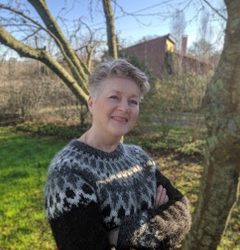 Carol received a PhD from the University of Birmingham (UK) where she worked on smooth muscle biochemistry. She went on to do postdoctoral research in cell biology at the EMBL in Heidelberg (D), at Johns Hopkins School of Medicine in Baltimore (MD, USA) and at the Scripps Research Institute in La Jolla (CA, USA). She has first-author papers in the Journal of Cell Biology and Nature. Carol moved from the bench to science publishing when she became the founding editor of Trends in Cell Biology. Later, she worked as a freelance science writer, publishing in Science, The Lancet, New Scientist etc., and at the Wellcome–CRC Institute in Cambridge as an Information Specialist. Upon moving to France in 2000, Carol produced an online magazine, The ELSO Gazette, for the newly established European Life Scientist Organisation, and she became involved in science policy and career development with ELSO. Since 2010, she has been working freelance as an editor, science writer and trainer of early career scientists; she is a regular consultant for PLoS Biology, providing editing services. Carol is fluent in French. She joined Life Science Editors in 2020. 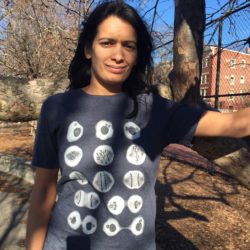 Sabbi obtained her DPhil in Biochemistry at the University of Oxford, UK, studying developmental genetics. Her postdoctoral research focused on microRNA-mediated regulation at New York University, NY. Sabbi has helped to developmentally edit manuscripts and grants across fields including evolutionary biology, immunology, neurobiology and psychology. Prior to joining Life Science Editors, Sabbi spent 5 years at Nature Publishing Group and 5 years at Cell Press, where she was the Editor-in-Chief of Cell Reports. She joined Life Science Editors in 2020.

Becca obtained her PhD in Neuroscience at the University of Utah in Salt Lake City, Utah, USA. She studied neural prosthetics and dabbled in medical writing and education. She continued her study of neural prosthetics at the University of Pittsburgh in Pittsburgh, Pennsylvania, USA. Becca subsequently worked as a community college instructor at Klamath Community College in Klamath Falls, Oregon, USA, as a program manager in neuroscience at the University of Utah, and as a scientific, technical, and medical writer at multiple companies. She joined Life Science Editors in 2018. 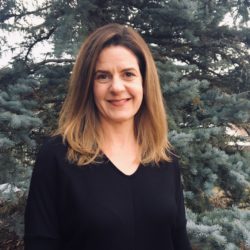 Shawna obtained her PhD in Molecular Genetics at the University of Toronto, Canada studying the relationship between structure and function in catalytic RNA. She completed her postdoctoral fellowship at the Banting and Best Department of Medical Research where she used microarray technology to investigate non-coding RNA in yeast. During her academic career she initiated numerous international collaborations that led to publications in a wide variety of journals. Following her postdoctoral fellowship, she was a Professor in the School of Engineering and Applied Science at Centennial College where she worked on a number of curriculum development and applied research projects before an international move led her to establish a freelance writing and editing business. In addition to English, Shawna is fluent in Spanish. She joined Life Science Editors in 2018.